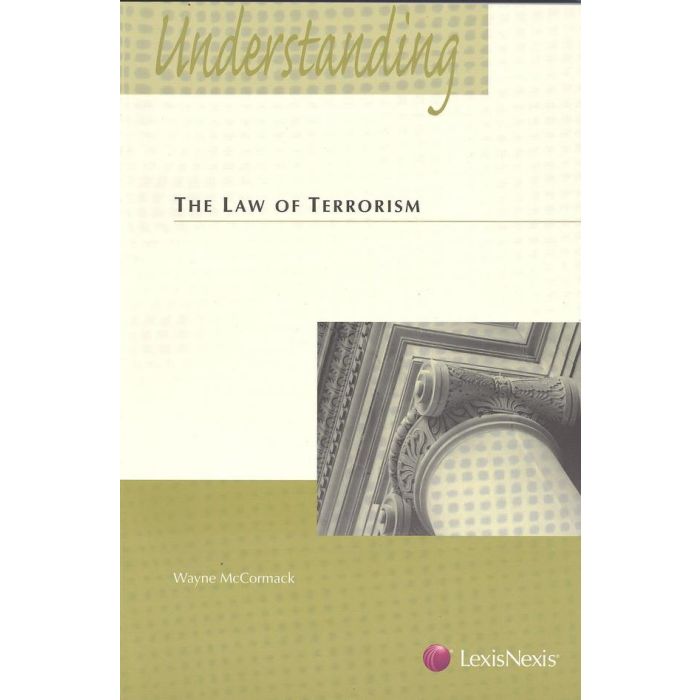 Skip to the beginning of the images gallery
Description
Understanding Series: Understanding the Law of Terrorism provides a compact review of the three main approaches to combating terrorism: criminal proceedings, intelligence and prevention, and military action. The three modes of responses are not the same; each has benefits and limitations, and it will be difficult to find the proper balance among them.

Understanding the Law of Terrorism contributes to the search for balance by providing the tools for analysis and application of each of the three modes of response.


With regard to law enforcement, it covers the requirements of conspiracy law, the principal statutes dealing with terrorism, designation of foreign terrorist organizations, and the crime of material support of terrorist activity or organizations. It also goes into the international law dealing with crimes against humanity which could be a source of enforcement principles for terrorism;
On the intelligence front, the book deals with the structure of the Intelligence Community, the operation of the Foreign Intelligence Surveillance Act (FISA), and the mechanics of the Classified Information Procedure Act (CIPA);
With regard to military response, the book summarizes the Law of Armed Conflict (LOAC), delves into military detentions, extraordinary renditions, and harsh interrogation or torture.

Finally, the book concludes with a look at the law of emergency situations and the degree to which ordinary processes of law may be suspended in times of crisis, looking at both U.S. and foreign cases.

Throughout the book, there are references to the law of other nations and international law. There is also an Appendix with the principal U.S. statutes, the major international conventions and treaties, and the relevant U.S. executive orders.
This new Understanding treatise provides a compact review of the three main approaches to combating terrorism: criminal proceedings, intelligence and prevention, and military action. The three modes of responses are not the same