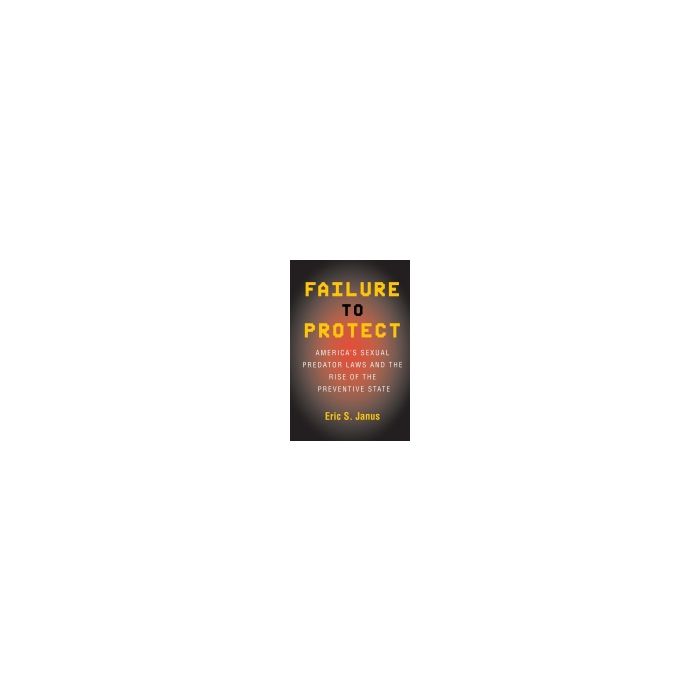 Most crimes of sexual violence are committed by people known to the victim—acquaintances and family members. Yet politicians and the media overemphasize predatory strangers when legislating against and reporting on sexual violence. In this book, Eric S. Janus goes far beyond sensational headlines to expose the reality of the laws designed to prevent sexual crimes. He shows that "sexual predator" laws, which have intense public and political support, are counterproductive.Janus contends that aggressive measures such as civil commitment and Megan's law, which are designed to restrain sex offenders before they can commit another crime, are bad policy and do little to actually reduce sexual violence. Further, these new laws make use of approaches such as preventive detention and actuarial profiling that violate important principles of liberty.Janus argues that to prevent sexual violence, policymakers must address the deep-seated societal problems that allow it to flourish. In addition to criminal sanctions, he endorses the specific efforts of some advocates, organizations, and social scientists to stop sexual violence by, for example, taking steps to change the attitudes and behaviors of school-age children and adolescents, improving public education, and promoting community treatment and supervision of previous offenders.Janus also warns that the principles underlying the predator laws may be the early harbingers of a "preventive state" in which the government casts wide nets of surveillance and intervenes to curtail liberty before crimes of any type occur. More than a critique of the status quo, this book discusses serious alternatives and how best to overcome the political obstacles to achieving rational policy.