In the Matter of J. Robert Oppenheimer (Instant Digital Access Code Only) 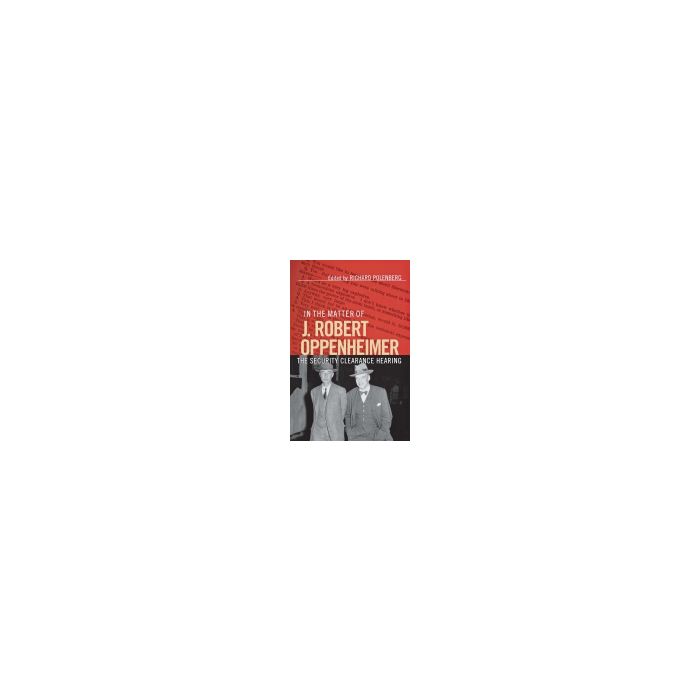 At the end of World War II, J. Robert Oppenheimer was one of America's preeminent physicists. For his work as director of the Manhattan Project, he was awarded the Medal for Merit, the highest honor the U.S. government can bestow on a civilian. Yet, in 1953, Oppenheimer was denied security clearance amidst allegations that he was "more probably than not" an "agent of the Soviet Union." Determined to clear his name, he insisted on a hearing before the Atomic Energy Commission's Personnel Security Board.

In the Matter of J. Robert Oppenheimer contains an edited and annotated transcript of the 1954 hearing, as well as the various reports resulting from it. Drawing on recently declassified FBI files, Richard Polenberg's introductory and concluding essays situate the hearing in the Cold War period, and his thoughtful analysis helps explain why the hearing was held, why it turned out as it did, and what that result meant, both for Oppenheimer and for the United States.

Among the forty witnesses who testified were many who had played vitally important roles in the making of U.S. nuclear policy: Enrico Fermi, Hans Bethe, Edward Teller, Vannevar Bush, George F. Kennan, and Oppenheimer himself. The hearing provides valuable insights into the development of the atomic bomb and the postwar debate among scientists over the hydrogen bomb, the conflict between the foreign policy and military establishments over national defense, and the controversy over the proper standards to apply in assessing an individual's loyalty. It reveals as well the fears and anxieties that plagued America during the Cold War era.