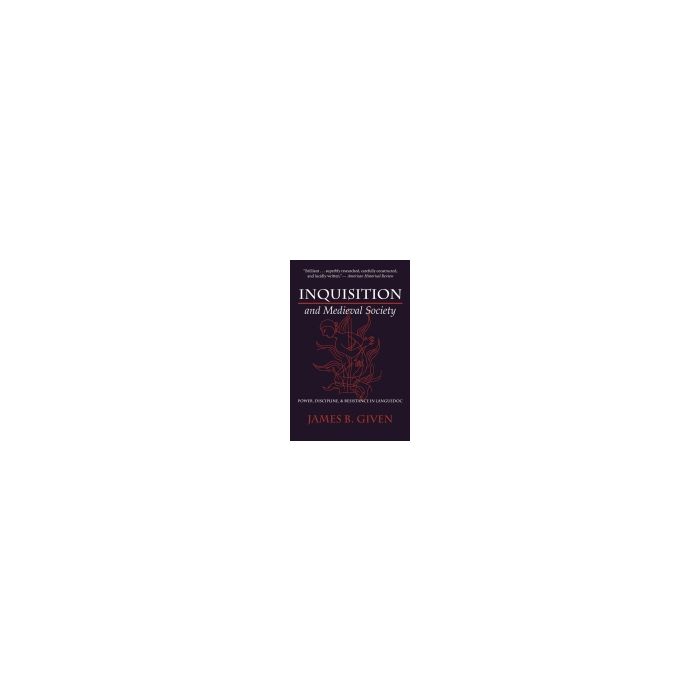 James B. Given analyzes the inquisition in one French region in order to develop a sociology of medieval politics. Established in the early thirteenth century to combat widespread popular heresy, inquisitorial tribunals identified, prosecuted, and punished heretics and their supporters. The inquisition in Languedoc was the best documented of these tribunals because the inquisitors aggressively used the developing techniques of writing and record keeping to build cases and extract confessions.Using a Marxist and Foucauldian approach, Given focuses on three inquiries: what techniques of investigation, interrogation, and punishment the inquisitors worked out in the course of their struggle against heresy; how the people of Languedoc responded to the activities of the inquisitors; and what aspects of social organization in Languedoc either facilitated or constrained the work of the inquisitors. Punishments not only inflicted suffering and humiliation on those condemned, he argues, but also served as theatrical instruction for the rest of society about the terrible price of transgression. Through a careful pursuit of these inquires, Given elucidates medieval society's contribution to the modern apparatus of power.