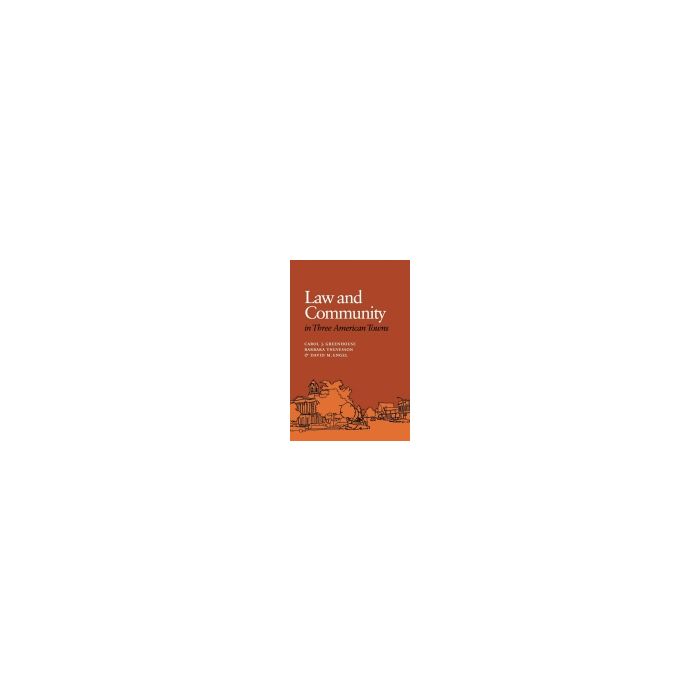 Many commentators on the contemporary United States believe that current rates of litigation are a sign of decay in the nation’s social fabric. Law and Community in Three American Towns explores how ordinary people in three towns—located in New England, the Midwest, and the South—view the law, courts, litigants, and social order.

Carol J. Greenhouse, Barbara Yngvesson, and David M. Engel analyze attitudes toward law and law users as a way of commentating on major American myths and ongoing changes in American society. They show that residents of "Riverside," "Sander County," and "Hopewell" interpret litigation as a sign of social decline, but they also value law as a symbol of their local way of life. The book focuses on this ambivalence and relates it to the deeply-felt tensions express between "community" and "rights" as rival bases of society.

The authors, two anthropologists and a lawyer, each with an understanding of a particular region, were surprised to discover that such different locales produced parallel findings. They undertook a comparative project to find out why ambivalence toward the law and law use should be such a common refrain. The answer, they believe, turns out to be less a matter of local traditions than of the ways that people perceive the patterns of their lives as being vulnerable to external forces of change.