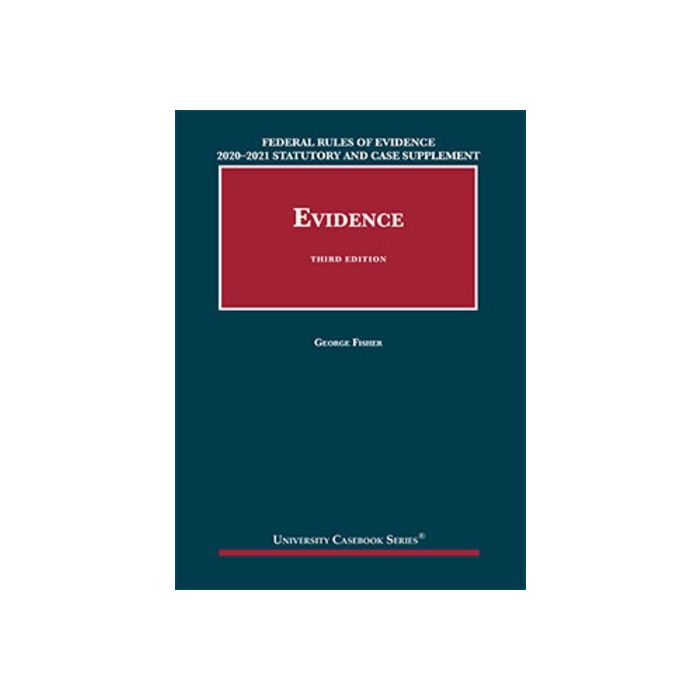 This statutory and case supplement incorporates the latest statutory changes and proposed revisions and the most recent U.S. Supreme Court decisions bearing on evidence law.

The statutory component of this volume incorporates a 2017 amendment of Rule 803(16) and the 2017 addition of two new authentication rules, 902(13) and 902(14), together with their accompanying Advisory Committee’s Notes. Also included is a proposed amendment of Rule 807, revised based on public comments and on course to become law on December 1, 2019. There is finally a newly proposed amendment to Rule 404(b)’s notice requirement, which was released for public comment on August 1, 2018, and could become law on December 1, 2020. The Advisory Committee’s Notes to these proposed changes appear along with explanatory editor’s notes.

The statutory component presents a side-by-side reprinting of the older (pre-2011), unrestyled Federal Rules of Evidence and the newly restyled rules to allow for ready comparison. Editor’s notes point out those areas where the restyling project, contrary to its authors’ claimed intentions, worked substantive changes in the rules.

The case supplement analyzes the Supreme Court’s 2017 decision in Peña-Rodriguez v. Colorado, in which the Court ruled that the Sixth Amendment’s guarantee of an impartial jury overcomes Rule 606(b) and its state-law analogues and permits defendants to present juror testimony about certain expressions of ethnic or racial bias in the jury room. The supplement addresses the Court’s related 2014 ruling in Warger v. Shauers as well as its 2015 decision in Ohio v. Clark and 2013 ruling in Salinas v. Texas. Clark addressed whether the admission against the defendant of a young child’s allegation of abuse, made out of court and offered in lieu of the child’s testimony at trial, violated the defendant’s confrontation right. And Salinas examined the prosecution’s use in its case-in-chief of a suspect’s silence in response to noncustodial police questioning.

Throughout the supplement, those who teach with Fisher’s Evidence (3d ed. 2013) will benefit from paginated cross-references between the casebook and the supplement.