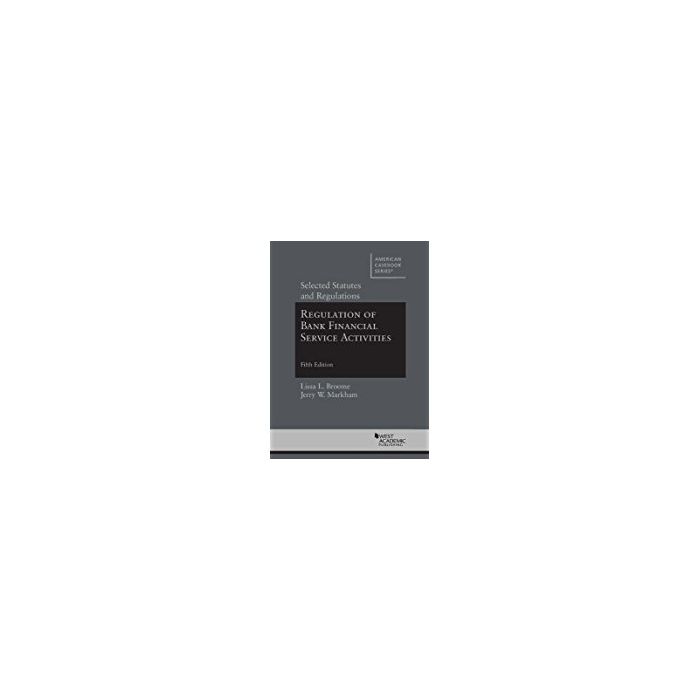 The 2018 Edition contains the major chapters of title 12 of the United States Code covering the National Bank Act, the Federal Reserve Act, the Federal Deposit Insurance Corporation Act, the Home Owners Loan Act, the Federal Credit Union Act, the Bank Holding Company Act, the Bank Service Company Act, and the International Banking Act. The supplement reflects the changes made by the Dodd-Frank Act. Additions made by Dodd-Frank to existing statutory provisions are underlined so the reader may easily locate the Dodd-Frank changes. In addition, each statutory provision includes a citation to the section of Dodd-Frank which amends it. New statutory provisions of Dodd-Frank codified in Chapter 53 of Title 12 (including provisions relating to the FSOC, CFPB, and the Orderly Liquidation Authority) are included as well. Relevant provisions of the Securities Exchange Act, federal provisions relating to insurance, and the Gramm-Leach-Bliley Act’s provisions related to privacy are also included. Excerpts from the New York banking statutes provide a sample of state regulation of banking. The supplement also contains selected regulatory provisions from the Comptroller of the Currency, the Federal Reserve System Board of Governors, the Federal Deposit Insurance Corporation, as well as the table of contents of regulations issued by the Consumer Financial Protection Bureau.