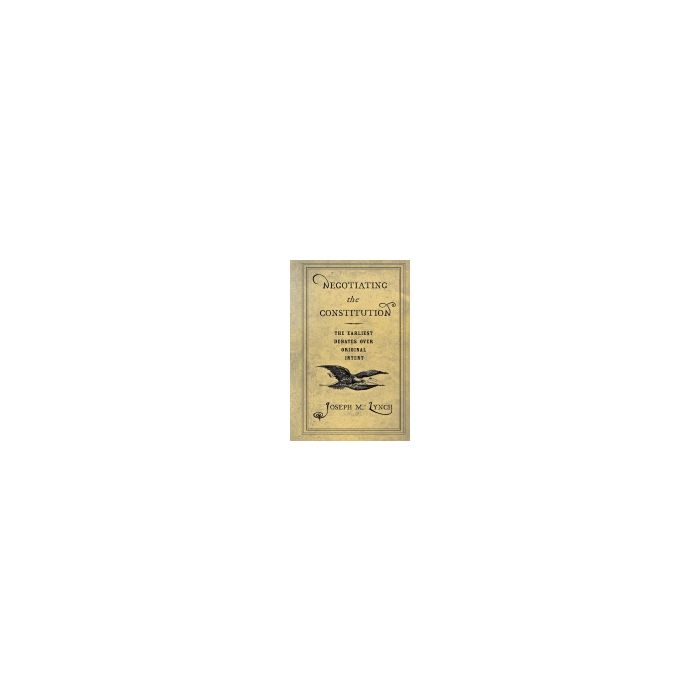 No concept sparks more controversy in constitutional debate than "original intent." Offering a legal historian's approach to the subject, this book demonstrates that the framers deliberately obscured one of their more important decisions.

Joseph M. Lynch argues that the Constitution was a product of political struggles involving regional interests, economic concerns, and ideology. The framers, he maintains, settled on enigmatic wording of the Necessary and Proper Clause and of the General Welfare provision in the Spending Clause as a compromise, leaving the extent of federal power to be determined by the political process. During ratification, however, attempts by dissident framers to undo the compromise were repelled in The Federalist: charges of overly broad congressional powers were met with protestations that in fact these powers were limited.

Lynch describes how early lawmakers applied the Constitution to such issues as executive power and privilege, the deportation of aliens, and the prohibition of seditious speech. He follows the disputes over the interpretation of this document—focusing on James Madison's changing views—as the new government took shape and political parties were formed. Lynch points out that the first six Congresses and President George Washington disregarded the framers' intentions when they were deemed impractical to follow. In contrast, he warns that the version of original intent put forth in recent Supreme Court opinions regarding congressional power could hinder Congress in serving the nation.