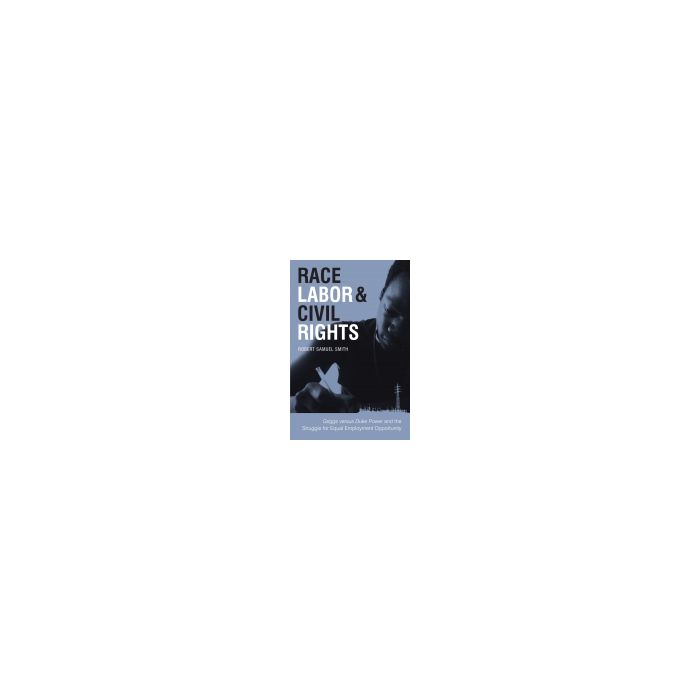 In 1966, thirteen black employees of the Duke Power Company's Dan River Plant in Draper, North Carolina, filed a lawsuit against the company challenging its requirement of a high school diploma or a passing grade on an intelligence test for internal transfer or promotion. In the groundbreaking decision Griggs v. Duke Power (1971), the United States Supreme Court ruled in favor of the plaintiffs, finding such employment practices violated Title 7 of the Civil Rights Act of 1964 when they disparately affected minorities. In doing so, the court delivered a significant anti-employment discrimination verdict. Legal scholars rank Griggs v. Duke Power on par with Brown v. Board of Education (1954) in terms of its impact on eradicating race discrimination from American institutions. In Race, Labor, and Civil Rights, Robert Samuel Smith offers the first full-length historical examination of this important case and its connection to civil rights activism during the second half of the 1960s.
Smith explores all aspects of Griggs, highlighting the sustained energy of the grassroots civil rights community and the critical importance of courtroom activism. Smith shows that after years of nonviolent, direct action protests, African Americans remained vigilant in the 1960s, heading back to the courts to reinvigorate the civil rights acts in an effort to remove the lingering institutional bias left from decades of overt racism. He asserts that alongside the more boisterous expressions of black radicalism of the late sixties, foot soldiers and local leaders of the civil rights community -- many of whom were working-class black southerners -- mustered ongoing legal efforts to mold Title 7 into meaningful law. Smith also highlights the persistent judicial activism of the NAACP-Legal Defense and Education Fund and the ascension of the second generation of civil rights attorneys.
By exploring the virtually untold story of Griggs v. Duke Power, Smith's enlightening study connects the case and the campaign for equal employment opportunity to the broader civil rights movement and reveals the civil rights community's continued spirit of legal activism well into the 1970s.