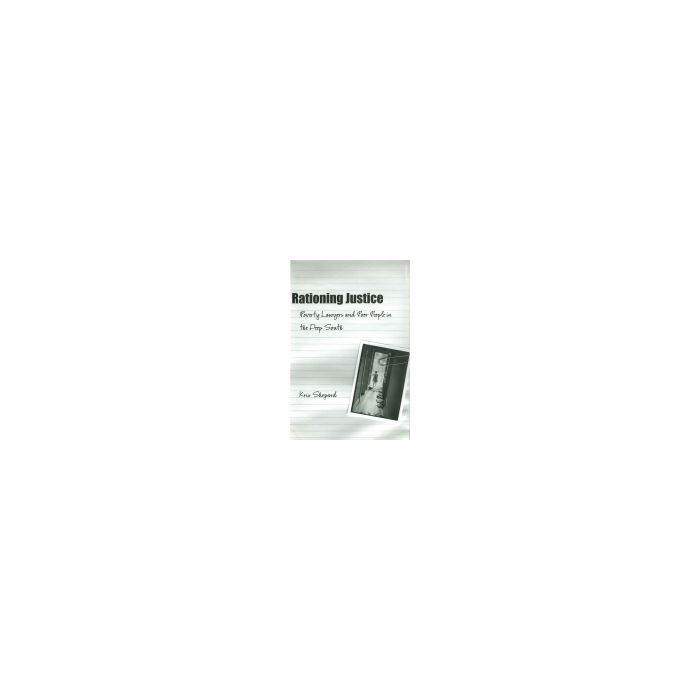 Established in 1964, the federal Legal Services Program (later, Corporation) served a vast group of Americans desperately in need of legal counsel: the poor. In Rationing Justice, Kris Shepard looks at this pioneering program's effect on the Deep South, as the poor made tangible gains in cases involving federal, state, and local social programs, low-income housing, consumer rights, domestic relations, and civil rights.
While poverty lawyers, Shepard reveals, did not by themselves create a legal revolution in the South, they did force southern politicians, policy makers, businessmen, and law enforcement officials to recognize that they could not ignore the legal rights of low-income citizens. Having survived for four decades, America's legal services program has adapted to ever-changing political realities, including slashed budgets and severe restrictions on poverty law practice adopted by the Republican-led Congress of the mid-1990s. With its account of the relationship between poverty lawyers and their clients, and their interaction with legal, political, and social structures, Rationing Justice speaks poignantly to the possibility of justice for all in America.