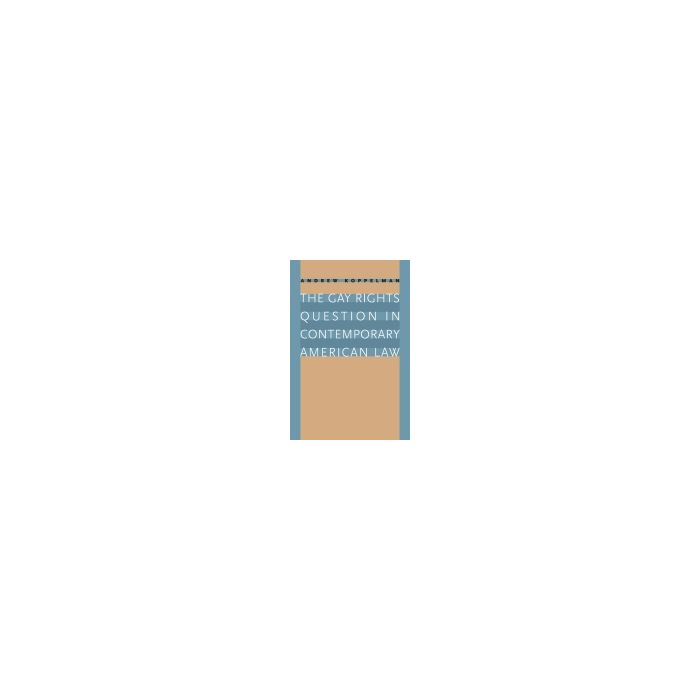 Skip to the beginning of the images gallery
Description
The gay rights question is whether the second-class legal status of gay people should be changed. In this book Andrew Koppelman shows the powerful legal and moral case for gay equality, but argues that courts cannot and should not impose it.

The Gay Rights Question in Contemporary American Law offers an unusually nuanced analysis of the most pressing gay rights issues. Does antigay discrimination violate the Constitution? Is there any sound moral objection to homosexual conduct? Are such objections the moral and constitutional equivalent of racism? Must state laws recognizing same-sex unions be given effect in other states? Should courts take account of popular resistance to gay equality? Koppelman sheds new light on all these questions. Sure to upset purists on either side of the debate, Koppelman's book criticizes the legal arguments advanced both for and against gay rights. Just as important, it places these arguments in broader moral and social contexts, offering original, pragmatic, and workable legal solutions.