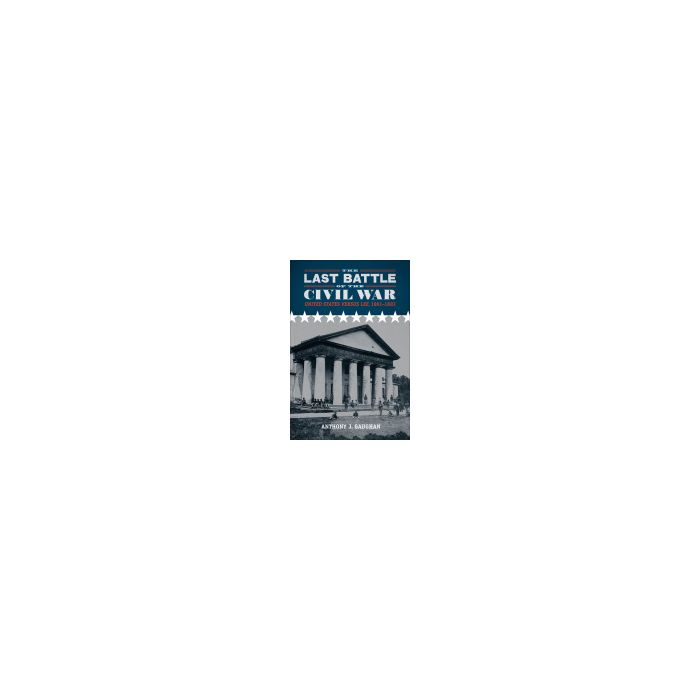 Seventeen years after Robert E. Lee's surrender at Appomattox, one final, dramatic confrontation occurred between the Lee family and the United States government. In The Last Battle of the Civil War, Anthony J. Gaughan recounts the fascinating saga of United States v. Lee, known to history as the "Arlington Case."
Prior to the Civil War, Mary Lee, Robert E. Lee's wife, owned the estate that Arlington National Cemetery rests on today. After the attack on Fort Sumter, however, the Union army seized the Lees' Arlington home and converted it into a national cemetery as well as a refugee camp for runaway slaves.
In 1877 George Washington Custis Lee, Robert and Mary's eldest son, filed suit demanding that the federal government pay the Lees just compensation for Arlington. In response, the Justice Department asserted that sovereign immunity barred Lee and all other private plaintiffs from bringing Fifth Amendment takings cases. The courts, the government claimed, had no jurisdiction to hear such lawsuits.
In a historic ruling, the Supreme Court rejected the government's argument. As the majority opinion explained, "All the officers of the government, from the highest to the lowest, are creatures of the law and are bound to obey it." The ruling made clear that the government was legally obligated by the Fifth Amendment to pay just compensation to the Lees.
The Court's ruling in United States v. Lee affirmed the principle that the rule of law applies equally to ordinary citizens and high government officials. As the justices emphasized, the Constitution is not suspended in wartime and government officials who violate the law are not beyond the reach of justice. Ironically, the case also represented a watershed on the path of sectional reconciliation. By ruling in favor of the Lee family, the justices demonstrated that former Confederates would receive a fair hearing in the federal courts.
Gaughan provides a riveting account of the Civil War's final battle, a struggle whose outcome became a significant step on the path to national reunion.