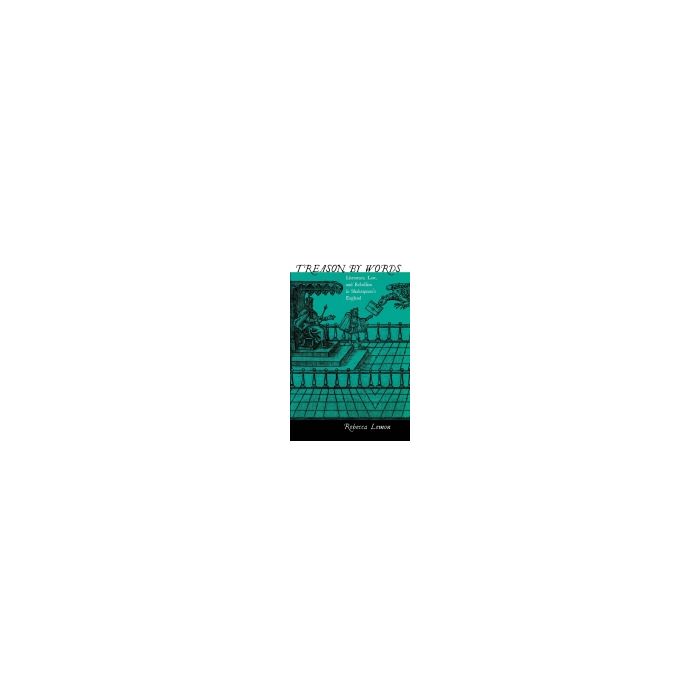 Under the Tudor monarchy, English law expanded to include the category of "treason by words." Rebecca Lemon investigates this remarkable phrase both as a legal charge and as a cultural event. English citizens, she shows, expressed competing notions of treason in opposition to the growing absolutism of the monarchy. Lemon explores the complex participation of texts by John Donne, Ben Jonson, and William Shakespeare in the legal and political controversies marking the Earl of Essex's 1601 rebellion and the 1605 Gunpowder Plot.

Lemon suggests that the articulation of diverse ideas about treason within literary and polemical texts produced increasingly fractured conceptions of the crime of treason itself. Further, literary texts, in representing issues familiar from political polemic, helped to foster more free, less ideologically rigid, responses to the crisis of treason. As a result, such works of imagination bolstered an emerging discourse on subjects' rights. Treason by Words offers an original theory of the role of dissent and rebellion during a period of burgeoning sovereign power.